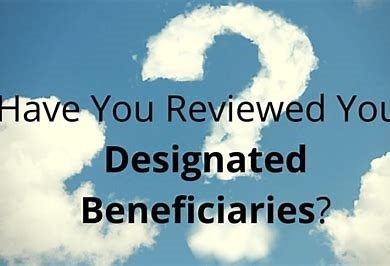 His sister got his money. Not his goal...

His sister got his money. Not his goal…

A charity that I am especially close to was notified a few months ago of a charitable bequest in a lovely man’s will. The money was to be disbursed right about now. Unfortunately, the charity was just informed that, although it was intended they receive a generous gift, it was not to be. Huh? It was in his will. He saw an attorney to get his affairs in order…

Other than his home and some personal possessions, the bulk of the benevolent man’s assets were in his 401k. His intention was clear. He named his “estate” as his primary 401k beneficiary so that the assets could be passed to his will and then on to several charities thus named. He saw an estate planning attorney to insure that he had his affairs in order and that his wishes were clear for his estate after his death and would be disbursed accordingly.

However, upon his death, this particular 401k plan administrator deemed naming your estate as the primary beneficiary did not mean it would pass to your will and be distributed to the named beneficiaries there. Rather, they interpreted it to mean he died “intestate” and thus, they proceeded to track down his “next of kin” and distribute it to them. In this case, an estranged sister he had no contact with for over 20 years. He must be quite unhappy from his perch on high to see such a turn of events.

So, what could have been done differently? If a call had been made to understand how this particular 401k administrator would handle such matters, maybe this issue could have been resolved before his death. The client could have then directly named the respective charities as his 401k primary beneficiaries (not his estate) and everyone, except the sister, would be happy. I have seen other plan administrator’s disburse to the estate (will) and then the will takes precedence. If that had been the case in this situation, the man’s desires would have been met.

My best advice is as follows:

Leave nothing to chance and make some calls, talk to your trusted professional partners and confidantes. You’ll have valuable peace of mind and your beloved family and deserving charities will thank you for the extra effort.